Give me a K 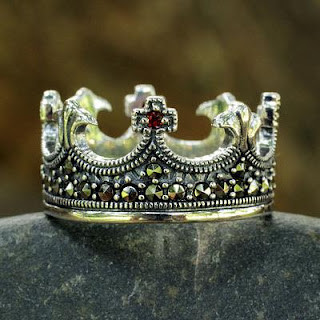 In my Bible alphabet blog series K stands for Kingdom.

After His resurrection from the dead, this message became more urgent. In Acts 1: 3 it is written about Jesus that He appeared to them [the apostles] over a period of forty days and spoke about the kingdom of God. Forty days? There is indeed much to say...

There is this religious thought that the Kingdom is a future destination. But Jesus tells us that we must seek the kingdom first, above all else (Matthew 6:33). Why would He let us begin a search for something that cannot be found here on earth? This is a question that the scribes and theologians also struggled with. Jesus told them, The coming of the kingdom of God is not something that can be observed, nor will people say, ‘Here it is,’ or ‘There it is,’ (Luke 17:20). So, where is it?

Righteousness, peace and joy with power is within us when we are alone but also among us when we are together as believers. We can experience the kingdom from within, but it also surrounds us as we go into the world. Jesus gave us the kingdom inside so that we can go outside to spread it in a broken, tired and troubled world.

Posted by Marja Verschoor-Meijers
Email ThisBlogThis!Share to TwitterShare to FacebookShare to Pinterest
Labels: Give me an A series, God's will, kingdom, Kingdom basics series