Give me a Y 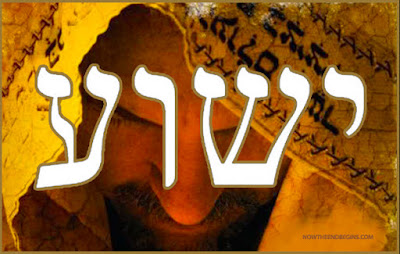 My Bible alphabet blog series is almost coming to an end and Y stands for Yeshua.
.
In the English language we know the name of Yeshua as Jesus. In the modern Hebrew language we write His real name like this: ישוע.

Because we have to read from right to left in Hebrew, His name begins with the smallest letter of the Hebrew alphabet, the 'yod'. Yes, that little comma.

The Yod is the Y-sound in Hebrew. Jesus, or Yeshua, used that little letter to explain something about the Law: Do not think that I came to destroy the Law or the Prophets. I did not come to destroy but to fulfill. For assuredly, I say to you, till heaven and earth pass away, one jot or one tittle will by no means pass from the law till all is fulfilled (Matthew 5: 17-18).

Even the smallest things are important in the eyes of Jesus and can never be pushed aside by us. [see also my blog series: Law & Grace, an uneven match?]

Depending on the country in which you live and the language you speak, Jesus can be known as Jesus, Isa, Jezus, Izus, Jesi, Iesu and many more variations. The spelling of the name of Yeshua is not so important to me, because the meaning is the same in every language: The Lord is salvation.

What is important however, is this question: Do you know him? That is the most important question we ever have to answer for ourselves. And of course we can then extend that question to someone else.

I count everything as loss compared to the priceless privilege and supreme advantage of knowing Christ Jesus my Lord (Philippians 3: 8).

Posted by Marja Verschoor-Meijers 4 comments:
Email ThisBlogThis!Share to TwitterShare to FacebookShare to Pinterest
Labels: Give me an A series, Jesus, Messiah

Give me an X 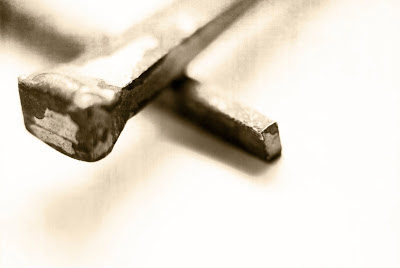 My Bible alphabet blog series is almost coming to an end (which took way longer than expected, but why hurry?) and X stands for Cross.

And with that I do not mean the cross (x) for a kiss, but the universal and international symbol of Christianity.

The cross symbolizes the suffering and death of Jesus Christ, the Son of God, who came to earth as a human being to take the sin of humanity upon Himself.

A crazy exchange if you think about it. A holy God who approached sinful humanity, saying "Give me your pain and misery, and I will give you my forgiveness, peace, and salvation." That is not possible in any other religion. Yet there are many people who reject the cross. The Apostle Paul wrote about it: For, as I have often told you before and now tell you again even with tears, many live as enemies of the cross of Christ (Philippians 3:18).

But fortunately, there are more than two billion people worldwide [source: Pew Reseacrh Center] for whom the cross is so much more than just a symbol or a necklace... it's the power from which they live. In Colossians 1:20 it is described as follows:

Through the Son, then, God decided to bring the whole universe back to himself. God made peace through his Son's blood on the cross and so brought back to himself all things, both on earth and in heaven.

No human being can add anything to that. No good works, no prayers, no rituals, no pilgrimage ... We can only accept it in gratitude!