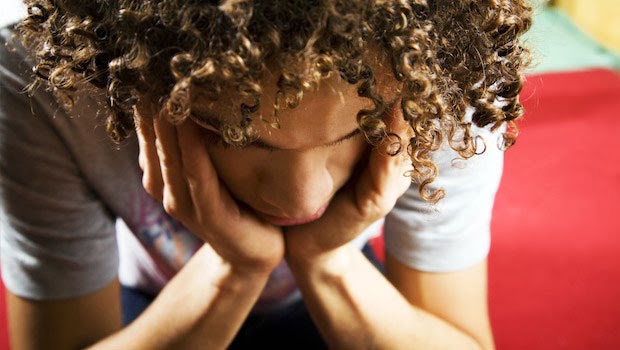 Do you read or write Tweets? Personally I think it is a great exercise to announce something funny, serious or new in 140 words (or less). There is already so much talk, writing and debate. A little shorter doesn't hurt :)

There are few people who seriously master the art of composing a short but powerful message for the public. My greatest example is the Lord Jesus Himself! He was able to silence a crowd with two sentences. He made comments that impacted like a bomb. His words had, and still have, enormous influence and effect on people's lives.

In my previous blog posts I wrote about His words on 'worrying' about someone or something. Let's continue to read in Matthew 6. Verse 34 records one of His most peculiar sayings, Therefore do not worry about tomorrow, for tomorrow will worry about itself. Each day has enough trouble of its own.

Tomorrow will worry about itself? Haha, that has to be a joke, right? Days do not worry, people worry. Personally I think this is quite a radical statement Jesus makes here. If there is one thing we worry about, it is the future: tomorrow, next week, next month or even next year. I sometimes feel like Jesus is making a little fun of us here, as in: come on folks, are you serious? You do not even know what this day will bring, so why would you think you have any influence on tomorrow or the rest of this week?

Living per day, completely normal in the biggest part of our world, but an abnormality in the rich West. Possessions, knowledge and activities seem to increase our pain and worries... The words of Jesus are not a joke, but a very serious warning and command: daily manna, daily bread... that trouble is more than enough.

Don't be afraid to pray: Lord, I want to live day by day.

PS: His words do not imply that we should not make plans for tomorrow, but merely that worrying (about those plans) is a sin. 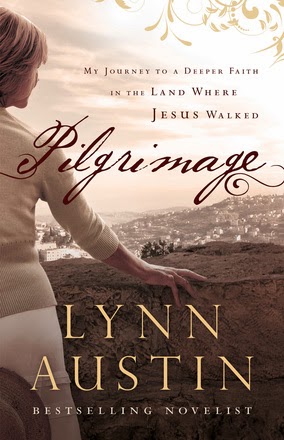 I am taking a short break from the no worries series, simply because I have a great news item. Bestselling author Lynn Austin will be doing a book tour in The Netherlands.

She will come to promote her first non-fiction book: Pilgrimage. It is a book about her personal pilgrimage to Israel where she found new passion for prayer and a deeper faith. Why am I so excited about this? Well, of course because I love books, I love writing, I love Israel and.... because I will have the honor to be Lynn's translator during her visit to Alblasserdam, the town where she will speak about her newest book. I am thrilled because I will have a chance to be with and to learn from a great author.

The back matter of her non-fiction debut Pilgrimage says:

We all encounter times when our spirit feels dry, when doubt looms. The opportunity to tour Israel came at a good time. For months, my life has been a mindless plodding through necessary routine, as monotonous as an all-night shift on an assembly line. Life gets that way sometimes, when nothing specific is wrong but the world around us seems drained of color. Even my weekly worship experiences and daily quiet times with God have felt as dry and stale as last year's crackers. I'm ashamed to confess the malaise I've felt. I have been given so much. Shouldn't a Christian's life be an abundant one, as exciting as Christmas morning, as joyful as Easter Sunday?

With gripping honesty, Lynn Austin pens her struggles with spiritual dryness in a season of loss and unwanted change. Tracing her travels throughout Israel, Austin seamlessly weaves events and insights from the Word . . . and in doing so finds a renewed passion for prayer and encouragement for her spirit, now full of life and hope.

The Dutch version of the book will come out next week. In America the book has been released last October. I am wondering, have you heard about her latest book and (just being curious) have you ever met an author you admired? 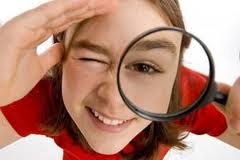 Seeking instead of worrying. That is my focus this week. No worries about small or big things, but purposely seeking His Kingdom. In other words: seeking peace, joy and righteousness, because that is the Kingdom of God.

That is not too complicated, isn't it? But maybe you are thinking, well, it is easy for Jesus to say this. He multiplied bread when there was not enough to eat, He healed everyone who was sick and when a storm nearly shipwrecked the boat He was in, He calmed the storm with his hand. Yeah, it is easy for Him to say this...

Yet, Jesus'message here is very clear and simple. Worrying about daily stuff is a pagan thing, don't fall for that, don't go there. Your heavenly Father knows what you need... So, we don't need to tell Him all the time. Do you recognize this? In prayer we often have a tendency to tell God what is lacking and what is worrying us. Often we feel the need to even explain things to God. Yep, that's us. And God seems to be saying, 'I know, I know...'

Don't get me wrong, we can freely talk with God and tell Him our daily business. But we have no excuse to worry.
I want to change my focus this week from worrying to seeking His Kingdom principles and presence. Is that easy? No. Is it possible? Yes. I want His wisdom, His solutions and His guidance in my daily situations. I hope you will seek this as well.

That doesn't mean I ignore everything going on in the world, but it means I purposely choose to focus on God's promises and truth. From that point of view I can optimistically do my share (www.traveling-light.nl) to make this world a better place. Worrying about drama and disaster doesn't change a thing, we must act! Jesus constantly warned the people about worrying too much: be careful folks, don't go there!

In my previous post on the subject of worrying I quoted His words as found in Matthew 6:25. Let us continue to read (verses 26 and 27), Look at the birds of the air; they do not sow or reap or store away in barns, and yet your heavenly Father feeds them. Are you not much more valuable than they? Can any one of you by worrying add a single hour to your life? Again, two very interesting questions from our Lord.

Are you not much more valuable than birds? Yes, of course we are. Does that mean we do not need to sow and reap (read: work)? No, of course not. It means we should not worry. God will provide us with the things we need. The way I see it, it also means we should not put our trust in the drama and crisis stories the secular media is trying to push down our throats. Or, to make it practical: stop repeating the bad news! If we read God's promises with the same zeal we are reading the news paper with, things will change. We will begin to believe what the Word says! It would be wonderful if we began to speak about God's Word with the same assurance we often use when speaking about things seen on television.

And then His second question. Can any one of you by worrying add a single hour to your life?  No, of course not. Worrying does not have added value.

How do you deal with the daily news?