Purpose of the church (3) 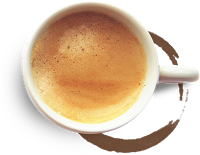 In my previous blog post I quoted the basic scripture I will use for this series, in three different translations. Ephesians 4: 11-13 gives us an idea about the purpose of the church, don't you think?

Of course these verses are part of a chapter and that chapter is part of a Bible book, in this case a letter the apostle Paul wrote to the faithful believers in Ephesus in the 1st century AD. Ephesus was at that time the capital of the Roman province of Asia, in western Turkey.

Let's take a closer look at what the Bible says here ...

And He Himself [Jesus] gave some to be apostles, some prophets, some evangelists, and some pastors and teachers...

That sentence in itself gives quite some interesting food for thought and discussion, but is also reason for much gratitude. Jesus gave (appointed or called) some people for a specific task. How wonderful, is my first thought, at least we do not have to invent or set up our own system. The GNT says 'It was he who “gave gifts to people”. The callings and functions are a gift, we cannot earn or get them any other way, we can only receive in obedience.

Some theologians and religious denominations claim that apostles and prophets are no longer given today, that they were only given for a season to start the church two thousand years ago. They believe that only evangelists, shepherds (pastors) and teachers are still being appointed ... To me that seems a random selection with a devastating consequence: by deleting some of the people (functions, gifts, callings) Jesus gave to build up the church we  have elevated others, often to isolated positions.

Because.... the five are called together for a common task!