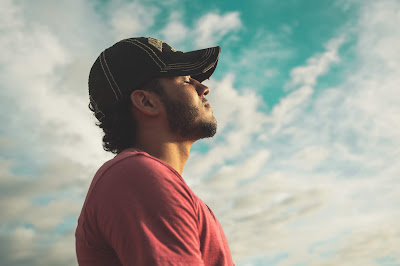 'Jesus has always been there, He is the eternal God and in union with Him all things have their proper place' I wrote in my previous blog.

It was a referral to the section in the letter to the Colossians that we are looking at in this blog series, a section that deals with the supremacy of Christ.

And he is the head of the body, the church; he is the beginning and the firstborn from among the dead, so that in everything he might have the supremacy.

Wow, so much revelation about who He is in one sentence, great! Jesus Christ is the head of the universal Church (all churches in the world), also called His body. His body on earth, as He walked around two thousand years ago: doing good and healing (Acts 10:38). That is the mandate and blueprint of the Church!

He is the beginning! Yes, He is the source of our existence, the Alpha and Omega, the beginning and the end. Nothing exists without Him. The universe is being held together by Him, as we can read in some translations.

He is the firstborn from among the dead. This is interesting. When reading the Bible we find out that people had been resurrected from the dead before Jesus... but they had to die again one day. So, this verse does not mean that people can physically raise from the dead. I think that Paul (the writer of the letter to the Colossians) is referring to the words of Jesus: I am the resurrection and the life. The one who believes in me will live, even though they die (John 11:25). Jesus promises eternal life for those who believe in Him!

In everything He has supremacy! In everything ... whatever we do or invent, He preceded it. Without Him we would not even exist. I hope that He may also have supremacy in your life.