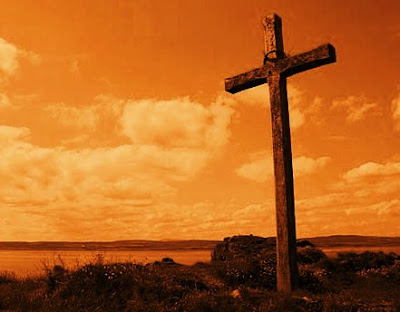 In the previous blog post I wrote very shortly about the system of atonement that God had set up for His people Israel. According to this old covenant blood had to flow for the forgiveness of sins and each time that happened reconciliation between God and mankind was made possible.

In Hebrews 9:7 we can read about the sacrificial services the high priest used to perform under the old covenant: But only the high priest entered the inner room, and that only once a year, and never without blood, which he offered for himself and for the sins the people had committed in ignorance.

Despite the fact that we mostly don't like all that bloody business, it is interesting to read on in the book of Hebrews. For example verses 9 and 10: This is an illustration for the present time, indicating that the gifts and sacrifices being offered were not able to clear the conscience of the worshiper. They are only a matter of food and drink and various ceremonial washings—external regulations applying until the time of the new order.

The old covenant prepared the people for a new covenant God was going to establish. And this time not just with the people of Israel, but will ALL people! Christ came as a high priest of the new covenant and His suffering, death and resurrection put an end to all the blood sacrifices. In verse 12 we can read it as follows:

He did not enter by means of the blood of goats and calves; but he entered the Most Holy Place once for all by his own blood, thus obtaining eternal redemption.

This is glorious. We no longer have to suffer under sin and guilt and shame. He has set us free, eternally! If we accept and believe that and if we give Him permission to change our heart, our thinking, our talking and our doing, then we will be able to truly live in freedom. There is NO LONGER any need for the shedding of blood. We continue to read in verses 13 and 14:

The blood of goats and bulls and the ashes of a heifer sprinkled on those who are ceremonially unclean sanctify them so that they are outwardly clean. How much more, then, will the blood of Christ, who through the eternal Spirit offered himself unblemished to God, cleanse our consciences from acts that lead to death, so that we may serve the living God!

We can serve the living God in freedom. If we would truly understand this, we would be able to live much more relaxed and war and violence would stop... In verse 17 and 18 the writer of Hebrews explains again that a covenant (in this case the reconciliation between God and Israel) was put into effect through blood:

In the case of a will, it is necessary to prove the death of the one who made it, because a will is in force only when somebody has died; it never takes effect while the one who made it is living. This is why even the first covenant was not put into effect without blood.

Under the old covenant cleansing took place by the use of blood. If no blood flowed, no forgiveness took place. That is how it used to be between God and Israel. How different is it now between God and people (yes, we will always come back to the first level of restored relationships: that between God and mankind). Verse 26 says: But he [Christ] has appeared once for all at the culmination of the ages to do away with sin by the sacrifice of himself.

As far as God is concerned, the friendship has been restored, with Israel and with all other nations. Now it is up to us... how do we react? How do we interact with each other? That is what the next blog will be about; the reconciliation between Jews and gentiles (non-Jewish people).... 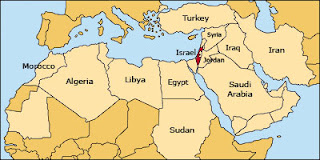 We have already seen in this series that a healthy relationship between God, the Creator of the Universe, and all mankind is possible as a result of the blood of Jesus that flowed once and for all when He was crucified. Colossians 1:19-20 describes it like this: For God was pleased to have all his fullness dwell in him [that is Jesus/Yeshua/Isa], and through him to reconcile to himself all things, whether things on earth or things in heaven, by making peace through his blood, shed on the cross

Blood, that has a negative sound to it, but biblically speaking life is in the blood. Without blood there is no life, even scientists know this :) Keep that thought...

Thousands of years ago God decided to dedicate one nation to be His very own, to set them apart. This is what holy means: to be set apart. Many people today reject this thought and are in disagreement with God (not a good place to be!) But whether people like it or not, it is still a fact. Leviticus 20:24-26 says: you are to be holy to Me, because I, the Lord, am holy, and I have set you apart from the nations to be my own.

God did not choose Israel because they were so wonderful and so great, on the contrary, it was the smallest nation of all at that time! But He loved them and He had made promises to their ancestors, Deuteronomy 7:7-8: The Lord did not set His affection on you and choose you because you were more numerous than other peoples, for you were the fewest of all peoples. But it was because the Lord loved you and kept the oath He swore to your forefathers....

It made God sad that they disobeyed Him all the time, for example by worshiping other gods and by neglecting His laws. He wanted to keep a healthy relationship with them, but sin kept defiling their friendship. So He set up a system for reconciliation: blood had to flow (the offering of animals) for the forgiveness of the sins of the people, with an annual summit called the Day of Atonement (Leviticus 16).

In most world religions we still see this: blood has to flow (whether animals or people) in other to please the gods... which we think is horrible. But, wait a minute, wasn't blood offering God's idea? What exactly did He had in mind when he set up the system for reconciliation? Let's take a closer look at that in the next blog.