Give me a D 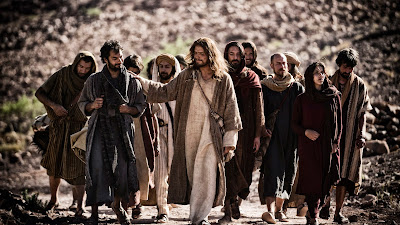 In my Bible alphabet blog series D stands for Disciple.

Disciple actually means a follower or pupil of a teacher and comes from the verb discere which means 'learning'.

A disciple is someone with a teachable spirit, someone who is willing and committed to learn (not someone who thinks he/she knows everything already).

Jesus says some very important things to the people who want to be His disciple, for example: A disciple is not above his teacher, but everyone when he is fully trained will be like his teacher (Luke 6:40). Will be like Jesus ... in thinking, talking and acting!

Not everyone believes that Jesus is the Son of God, but in general people do agree that He is the greatest teacher who ever walked the earth. Is it not logical that we should learn from Him? This begins with the reading and studying of the four Gospels (do it!) and asking for wisdom and insight from the Holy Spirit.

The qualifications for discipleship are not very complicated, but quite radical: So therefore, any one of you who does not renounce all that he has cannot be my disciple. (Luke 14:33). In today's terms this basically means:

Posted by Marja Verschoor-Meijers 8 comments:
Email ThisBlogThis!Share to TwitterShare to FacebookShare to Pinterest
Labels: discipleship, Give me an A series, maturity, spiritual growth

Give me a C 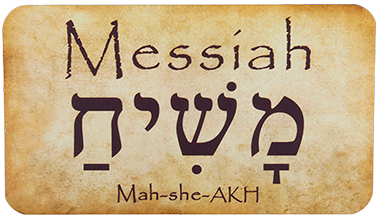 In my Bible alphabet blog series C stands for Christ.

Christ is NOT the last name of Jesus, but it is a Greek word which shows who He is, namely the anointed one (the chosen one).

The Hebrew word for this is Mashiach (Messiah), and that comes from the verb mashach (to smear or anoint with oil).

The first chapter of Matthew's Gospel shows the genealogy of the Jewish Messiah. Verse 16 goes like this: and Matthan the father of Jacob, and Jacob the father of Joseph the husband of Mary, of whom Jesus was born, who is called Christ. One by one the people of that time discovered and believed that Jesus was indeed the promised Messiah.

One of them was the disciple Andrew. In John 1:41 it is written about him: The first thing Andrew did was to find his brother Simon and tell him, “We have found the Messiah” (that is, the Christ). That news was, and still is, going around the world like wildfire. Every day people come to realize that Jesus is the Christ.

Christ, the anointed or chosen one. He is the Son of God, Savior of the world, Lord of lords, even your best friend (when you decide to believe in Him). Jesus was anointed with the Holy Spirit and went out (Acts 10: 37-38): You know what has happened throughout the province of Judea, beginning in Galilee after the baptism that John preached— how God anointed Jesus of Nazareth with the Holy Spirit and power, and how he went around doing good and healing all who were under the power of the devil, because God was with him.

Jesus Christ is no longer physically on earth, but He has given His anointing to believers to do greater things than He did. What an assignment!

Now it is God who makes both us and you stand firm in Christ. He anointed us, set his seal of ownership on us, and put his Spirit in our hearts as a deposit, guaranteeing what is to come (2 Corinthians 1:21).

Posted by Marja Verschoor-Meijers 4 comments:
Email ThisBlogThis!Share to TwitterShare to FacebookShare to Pinterest
Labels: anointing, Give me an A series, Jesus, Messiah

Give me a B

In my Bible alphabet blog series B stands for Believers.

The word comes from the Greek verb πιστεύω or pisteuó which means to believe, entrust, have faith in.

The first group of believers mentioned in the Bible [are NOT to be found in the book of Acts!] were actually the people of the Samaritan town Sychar.

Jesus spoke with a woman from that town and because of her encounter with this Jewish man, many of her own townsfolk became believers. John 4:39-41: Many of the Samaritans from that town believed in him because of the woman’s testimony, “He told me everything I ever did.” So when the Samaritans came to him, they urged him to stay with them, and he stayed two days. And because of his words many more became believers.

So, believers are people who have put their faith (trust, confidence) in Jesus Christ and believe His Word. In Biblical times the believers were known for their communal living as recorded in Acts 4:32, The believers were one in heart and mind. No one claimed that any of their possessions was their own, but they shared everything they had.

The Bible further mentions how new believers modeled after each other, a process that is still going on today! The apostle Paul writes about the Greek believers in Thessaloniki: You became imitators of us and of the Lord, for you welcomed the message in the midst of severe suffering with the joy given by the Holy Spirit. And so you became a model to all the believers in Macedonia and Achaia... (1 Thessalonians 1:6-7). And more than that, it went worldwide. Paul writes that their faith in God became known everywhere.

I want the same to be true for the faith of modern day believers!

Posted by Marja Verschoor-Meijers 4 comments:
Email ThisBlogThis!Share to TwitterShare to FacebookShare to Pinterest
Labels: believers, christianity, faith, Give me an A series, the Word

Give me an A

In my Bible alphabet blog series A stands for Apostle.

It is a word that only appears in the New Testament. Jesus intro-duced the term when He appointed (or ordained) several of his disciples as apostles.

He appointed twelve[a] that they might be with him and that he might send them out to preach and to have authority to drive out demons.
[a] Some manuscripts twelve—designating them apostles—

Disciples of the Lord Jesus that were appointed as apostles had a clear calling and function:
Were there more than the twelve apostles Jesus appointed? Yes! Paul, for example, was probably the most famous one after that time. Do apostles still exist? Yes! They are still being appointed today for the benefit of His church world wide. Ephesians 4:11-12 says it like this: So Christ himself gave the apostles, the prophets, the evangelists, the pastors and teachers, to equip his people for works of service, so that the body of Christ may be built up...

The five functions as mentioned above are given by Jesus for the building up of the church (the body of Christ on earth). Most churches today still recognize and have evangelists, pastors and teachers, but to a much lesser extent apostles and prophets. That is weird if you think about it, because they are needed to equip (new) believers for work in service of God!

Christ gave them to us until we all reach unity in the faith and in the knowledge of the Son of God and become mature, attaining to the whole measure of the fullness of Christ (Ephesians 4:13). Well, I am sorry to say, but we are not there yet. So we must ask the Holy Spirit to continue to appoint apostles for the benefit of the church.

If you have a clear calling on your life (a desire, a passion, an inner conviction) to be with (close to) Jesus, to go out and preach (in your street or the other side of the world) and to use your God given authority, then that is a calling from Jesus Himself. Don't let ANYONE stop you to answer that call!

Posted by Marja Verschoor-Meijers 11 comments:
Email ThisBlogThis!Share to TwitterShare to FacebookShare to Pinterest
Labels: calling, church, five fold ministry, Give me an A series

Give me an A 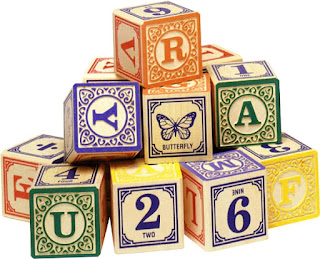 On my Dutch blog I have started a summer vacation series on Biblical words. Kind of like an ABC on Christian basics.

The posts are short and clear and fun. Each letter stands for a word that we use quite often, sometimes so often that it has lost its meaning. I know you all don't have time to read long blog posts, but yet you want to be encouraged...

So, please join me as we go through the alphabet in the coming weeks. I will make each post up as we go, so I have no doubt it will be a refreshing blog series :)

I will do my best to share great, inspiring, uplifting and sometimes funny posts. I hope you will read along and share 'm with your friends and family when you think a post is fitting and timely. Are you ready?

Posted by Marja Verschoor-Meijers 6 comments:
Email ThisBlogThis!Share to TwitterShare to FacebookShare to Pinterest
Labels: blogging, Give me an A series, summer, the Word, words
Newer Posts Older Posts Home
Subscribe to: Posts (Atom)