Give me an N 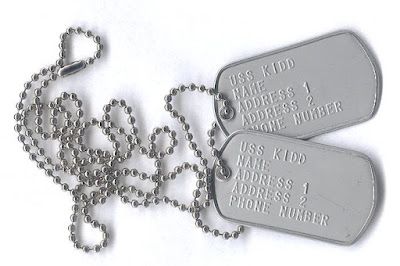 In my Bible Alphabet Blog Series N stands for Name.

To be more precisely, it stands for the Name above all names. Obviously, I am not talking about the name we give to a new born child, or our first, last, middle or baptismal name. This is about the Name that God gave his Son ... Therefore God exalted him to the highest place and gave him the name that is above every name (Philippians 2: 9).

What is so special about that Name? What is the power in that Name? ... that at the name of Jesus every knee should bow, in heaven and on earth and under the earth, and every tongue acknowledge that Jesus Christ is Lord (Philippians 2:10) Such a picture is hard to imagine perhaps, but one day everyone will recognize that He is the highest God, the Prince of Peace, and all wars will be finished.

Jesus is the only name that can bring salvation (peace) to humanity. Not a president, not a political leader, not a leader in the UN, but only He can do this:  Salvation is found in no one else, for there is no other name under heaven given to mankind by which we must be saved (Acts 4 : 12).

All power of heaven and earth is in that one Name. The power to heal, the power to witness, the power to save and to forgive. It is therefore no surprise that for more than two thousand years it has been prohibited in many nations to mention the Name, to talk about that Name or to pray in that Name. In Acts 4: 17-18 it is written as follows: But to stop this thing from spreading any further among the people, we must warn them to speak no longer to anyone in this name. Then they called them in again and commanded them not to speak or teach at all in the name of Jesus.

By prohibiting people to use the Name or to believe in that Name, the opposite will happen of course! Worldwide, there are millions and millions of believers in every possible nation under the sun, and more are added each day. A hundred million of them are being persecuted, tortured and slain for their faith in that Name. Despite the persecution they know that His name offers life!

John's Gospel ends with these words: Jesus performed many other signs in the presence of his disciples, which are not recorded in this book. But these are written that you may believe that Jesus is the Messiah, the Son of God, and that by believing you may have life in his name.

Posted by Marja Verschoor-Meijers 6 comments:
Email ThisBlogThis!Share to TwitterShare to FacebookShare to Pinterest
Labels: Give me an A series, Jesus, Messiah, salvation

Give me an M 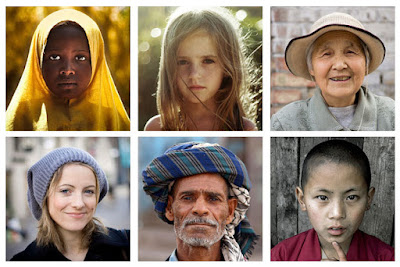 In my Bible Alphabet Blog series M stands for Mankind.

Yes, mankind making a mess of this world, mankind cursing God and exalting himself above the Creator of the Universe, ... yes, the men and women forming the entire human race.

What an awesome honor to be created in the image of a triune God (Father, Son and Spirit, and yet one God) and to resemble Him whether we are male or female (spirit, soul and body, yet one human being). David wrote about the creation of mankind: I praise you because I am fearfully and wonderfully made; your works are wonderful, I know that full well (Psalm 139: 14).

The same David lived in great amazement about the insignificance of man in comparison to the greatness of God, but acknowledged certainly God's purpose with the creation of mankind: what is mankind that you are mindful of them, human beings that you care for them? You have made them a little lower than the angels and crowned them with glory and honor. You made them rulers over the works of your hands; you put everything under their feet... (Psalm 8: 4-6).

God created mankind and gave us the earth as a residential area where we could rule over the things God had created [not over each other!]. If you have visited other countries, you must have noticed how every nation has a unique place, culture and atmosphere of its own ... sometimes land was taken by force, but that should not be necessary. From one man he made all the nations, that they should inhabit the whole earth; and he marked out their appointed times in history and the boundaries of their lands (Acts 17:26).

Throughout history we can see over and over again how mankind became prideful and figured they could do things better than God. The Bible calls this sin or disobedience. In some way or other we have all sinned, but there is also forgiveness for everyone! Romans 5:19 puts it quite simple: For just as through the disobedience of the one man the many were made sinners, so also through the obedience of the one man the many will be made righteous. That "one man" is the Savior of the world, the Son of God, Jesus Christ.

God loves the work of His hands, He saw that is was very good! He loves mankind, He loves you and me and I am sure His heart hurts when He looks at the mess we are making of this world. It is His desire that all people will come to the knowledge of an important truth, for there is one God and one mediator between God and mankind, the man Christ Jesus, who gave himself as a ransom for all people (1 Timothy 2:3-6).