Give me an I 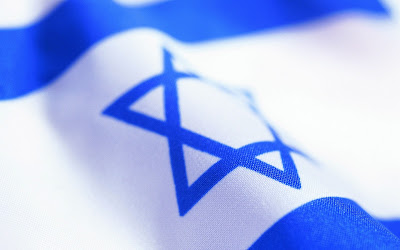 In my Bible Alphabet blog series I stands for Israel.

There is no country in the world which is being criticized so much as Israel. Quite often by people, and this is really puzzling, who never had a conversation with a Jew or Arab from Israel, let alone paid a visit to the country.

Anyway, what is the deal with Christians and Israel?

The land of Israel is named after the patriarch Jacob (son of Isaac, grandson of Abraham) who had an encounter and wrestling match with God in the desert. In Genesis 32:28 it is written: Your name will no longer be Jacob, but Israel, because you have struggled with God and with humans and have overcome.

In the Bible the twelve sons of Jacob and their descendants are called the people of Israel. In addition the Bible also clearly speaks about the land of Israel. For example, in Joshua 21:43, So the Lord gave Israel all the land he had sworn to give their ancestors, and they took possession of it and settled there. [The boundaries God has in mind can be found in Ezekiel 48].

Since then, thousands of years have passed and the Israelites were scattered all over the world through oppression, persecution and exile until in 1947 a resolution was passed by a majority vote in the UN that led to the state of Israel which was proclaimed on May 15, 1948.

Israel and the Jewish people are so important because it was through them that the promised Messiah has come: Jesus Christ, the Savior of the world. Many Christians bless Israel (by speaking for and not against Israel in conversations, by purchasing products or booking a vacation for example) because God speaks very clearly about doing so in His Word (Genesis 12: 2-3) I will make you into a great nation, and I will bless you; I will make your name great, and you will be a blessing. I will bless those who bless you, and whoever curses you I will curse; and all peoples on earth will be blessed through you.