Genuine relationship with the Father 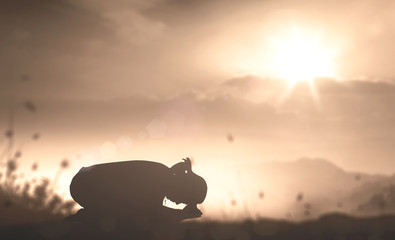 Recently the 8th book in my series about the Ten Commandments in the 21st century has been released. It is called True Worshipers and it is based on the second Commandment (which talks about idolatry... the worship of idols) in connection with the discussion Jesus had with the Samaritan woman.
Jesus prophesied to her that the time was coming when by the power of God’s Spirit people would worship the Father as He really is, offering Him the true worship He so desires. Have you ever wondered what true worship would be like? It begins where idolatry ends.
This book is not so much about singing or music or any of the things we call 'worship'. 👉It is in reality about a genuine relationship with the Father, without all the bells and whistles. When I wrote the foreword for my new book, back in February of this year, I had no idea the words would gain prophetic relevance. I wrote:
'What would be left of our modern-day Christianity when all is taken away: the buildings, the meetings, the money, the power, the titles, the theology, the music, and the concerts? What would be left?' I had no idea something like that could happen in just a few weeks, and not just locally but on a worldwide scale. But it did. 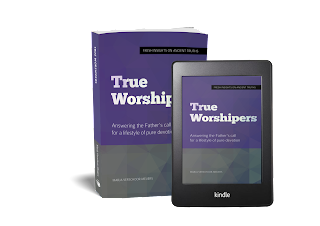 Looking back at the writing process, which began in January 2019, I realize the message in this book is very timely. Yes, I am aware of the fact that it might be the worst time to release a book. No meetings, no conferences, no travels, no speaking engagements or book table venues. Nothing...
But I also know the current circumstances do not change the message in this book. On the contrary, they might enhance it!
The Paperback edition is now available on Amazon for just $9.95.
I challenge you to evaluate your relationship with God.
Yes, especially during this time of turmoil!
Posted by Marja Verschoor-Meijers
Email ThisBlogThis!Share to TwitterShare to FacebookShare to Pinterest
Labels: writing