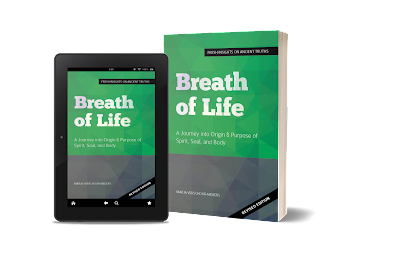 The abortion debate has been flaring up again, more vicious than ever before if you ask me. Arguments for and against are coming from the democrats, the republicans, the churches, the pro-choice and pro-life organisations and so on and so on.

In 2008 my book Breath of Life was published by Tate Publishing in Oklahoma, USA. A precious story about creation, as seen (and told) through the eyes of the unborn child. In 2011, a Dutch translation of the book was published in The Netherlands and later German and Italian editions followed.

The American publisher is no longer in business and right in the middle of a nasty court case on charges of money embezzlement (not necessarily an ideal situation for new and emerging authors). In the meantime my stock had been reduced to a minimum, so I decided to publish a revised paperback edition for my European audience and a $2.99 Kindle edition on Amazon. And you know what? It couldn't be more timely!

Simply, because the story in Breath of Life is timeless. I wrote this book in order to give the unborn child a voice. I wanted to give him a chance to tell his side of the story. Let's be quiet and listen to the pure wisdom of a child who is still very close to the Father's heart. Who knows, maybe we can learn something.

Don't miss out on this precious story. It might change the way you look at life.