In the previous post I wrote about God's grace not being a one-time moment of truth, but an ongoing experience in our lives. We need to continually live and grow in grace, the apostle Paul understood that and wrote about it extensively. So, let's go back to Chapter 6 of Grace of Giving: 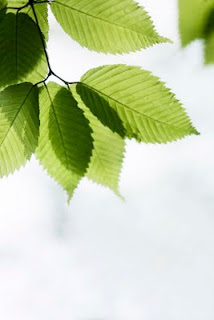 Paul is gentle in his attitude towards the Corinthians; maybe he knew giving was a delicate subject. In 2 Corinthians 8:8 (NIV) he says, I am not commanding you, but I want to test the sincerity of your love by comparing it with the earnestness of others. Paul speaks the language of the Spirit, especially concerning God’s law. He no longer barks God’s commandments at his listeners: do this, don’t do that, and shut up. No, he explains the new way of obeying God to them. It is no longer about obeying a set of rules; it is all about fulfilling them in a manner of love! Romans 7:6 sums up Paul’s new way of looking at things, No longer do we serve in the old way of a written law, but in the new way of the Spirit.
No longer is he trying to tell people what to do (remember that once he was a zealous Jew, a Pharisee, committed to the law), no longer is he driven by the outward signs of religion. Instead of stuffing the Ten Commandments down people’s throats, he urges people to change their minds, to obey God from the inside out, and to be sincere in their love for God and others. He measures the level of their giving with the sincerity of their love.
Paul experienced God’s grace firsthand; he writes about it all the time. He saw God’s grace in many aspects of life, not just in giving. Grace, God’s free and unmerited favor, can be found throughout the history of mankind. The Bible talks about the spirit of grace, the message of grace, the grace of God, the throne of grace, and so on.
You may wonder how to actually live in that grace and how to benefit from it. How do you know if you have received God’s grace? Listen, It is by God’s grace that you have been saved. (Ephesians 2:5)  God poured out his grace on mankind—on you and me. If it weren’t for his grace, we wouldn’t be here! God has showed us favor, even in times when we rebelled against him when we were still sinners. God poured out his grace on mankind when he gave up his Son as a sacrifice for our wrongdoing. Grace is invisible, yet it is evident in everything God has done for us! Second Timothy 2:1 tells us that grace is ours. As for you, my son, be strong through the grace that is ours in union with Christ Jesus.
We can be strong in that grace which is ours in our union with Jesus!
Posted by Marja Verschoor-Meijers
Email ThisBlogThis!Share to TwitterShare to FacebookShare to Pinterest
Labels: favor, goodness, grace, grace of giving, Growing in grace series